Is Crowdfunding a New Way To Fund Events? 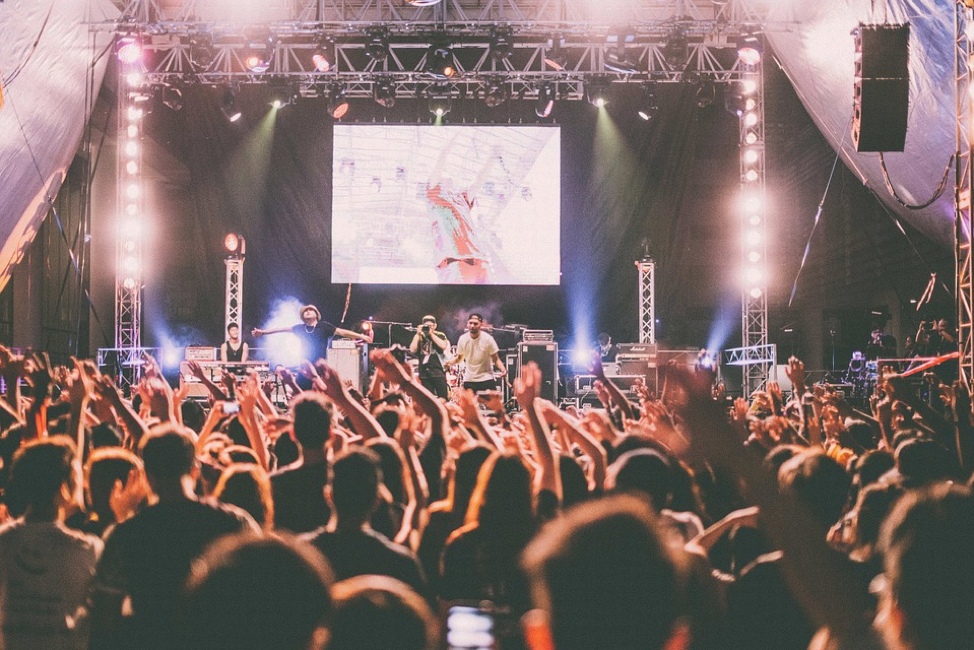 Crowdfunding is a way to raise money practiced by people, charities, and businesses. Organizations and individuals invest in crowdfunding projects with interest in getting reward or profit in return, but investing like this can be a bit risky too. There are two models of crowdfunding:

How to be successful with crowdfunding?

Crowdfunding is a secure means of raising money by providing ways for hundreds or even thousands of people to donate to source a project without any personal risk of taking a loan.

Following are the ways to make your event successful:

The most critical part of planning can reach a vast audience, as usual, the people who invest are those who you know in person so, targeting a large number of people would be tricky. Plan the marketing and communications plan ahead of time so that once the campaign starts, you won’t have much to think.

Run experiments to keep up with the world changing around us, but the traditional funding system hinders us from doing so as there is little to no guarantee for the project to be successful. Finding the right target audience along with the right location, can help as crowdfunding provides risk-tolerant capital to a lot of projects that would otherwise never get off the ground.

Do your research to decide whether to opt for an event-centric system or larger general systems depending upon the percentage that would be charged and the capability. Moreover, direct emailing is one of the most effective tools for communication, including regular updates and celebrating successes.

Crowdfunding for a concert: 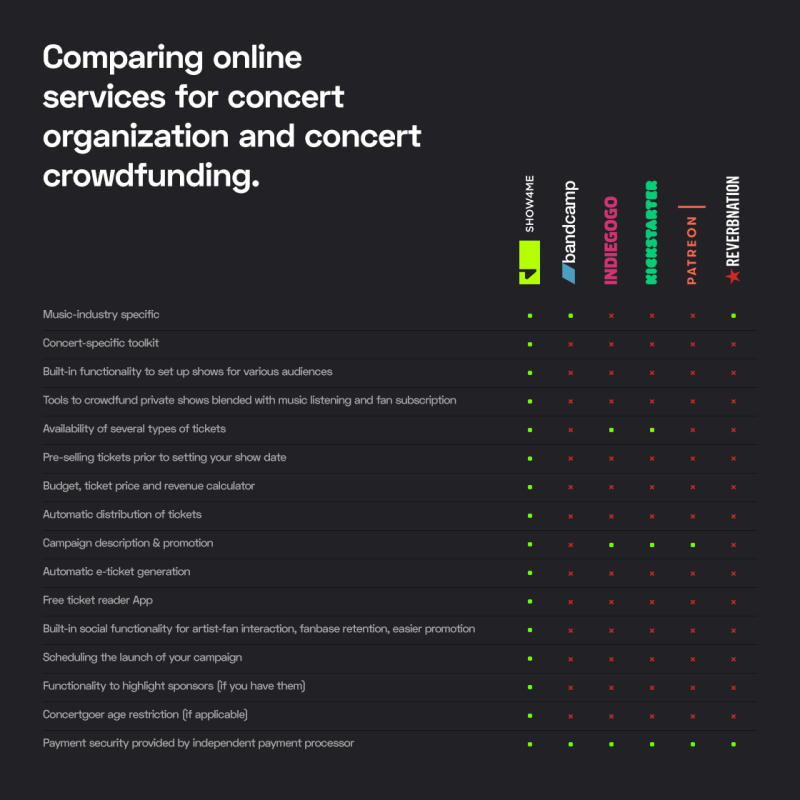 One of the best experiences for an artist is to organize his show for fans to have the time of their life. Organizing a concert involves a lot of risks, but if you plan it in the right manner, it can be a huge success. Popular crowdfunding tools include Kickstarter, Indiegogo. Show4me etc. which are considered better in comparison with online services for amazing concerts as they help raise funds effortlessly as shown above:

Here are some key benefits of using crowdfunding tools:

Starting from intimate events to significant events of 10 to 1000 people, respectively. As an add on, including private games for premium members of the musician’s art club. After gaining enough success, you can even organize large scale shows.

Once the campaign is set, give the audience a chance to pre-order after the concert has been fully promoted by engaging fans and channeling excitement about the show.

Selling tickets beforehand can even cover organizational costs and earn a profit on additional tickets being sold. Also, when the minimum amount of funding is reached, the prices are usually increased to up to 40% or more. Now, it’s time to deliver tickets hence able to detect the stats of the audience. Show4me follows a secure payment system in which the money contributed is not shown, adding another layer of security as the funds go to the artists directly.

Development of applications that provide a platform for developers to build decentralized applications is why technologies like Blockhub will allow developers to develop them enabling them to fundraise projects from a pool of supporters engaged securely. It is a priority to make sure that capital and support is available to the brightest for future goals to be achieved.